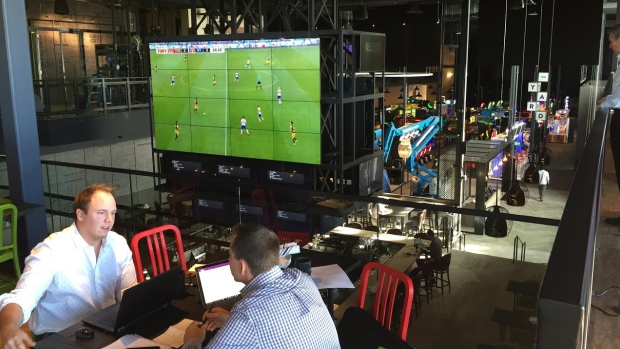 ‘It’s a little bit of everything for everybody, but we definitely designed it with millennials in mind’

An entertainment and dining concept new to Canada opened its doors in Edmonton on Monday.
The Rec Room, a two-level, 60,000-square-foot complex at South Edmonton Common, offers restaurants, bars, private dining rooms, live entertainment and more than 100 high-tech amusement games.
“We’re excited. We’re ready to welcome guests today,” said general manager David Terry.
Theatre giant Cineplex, which owns The Rec Room, is aiming the concept at millennials, he said.
“It’s a little bit of everything for everybody, but we definitely designed it with millennials in mind,” he said. “They’re a set that likes to entertain outside the home, so they’re out multiple nights of the week.”
Terry said millenials value experiences over possessions and are always looking for the next big thing.
“They’re looking for new things to do all the time, and we kept that in mind when we came up with the concept,” he said. 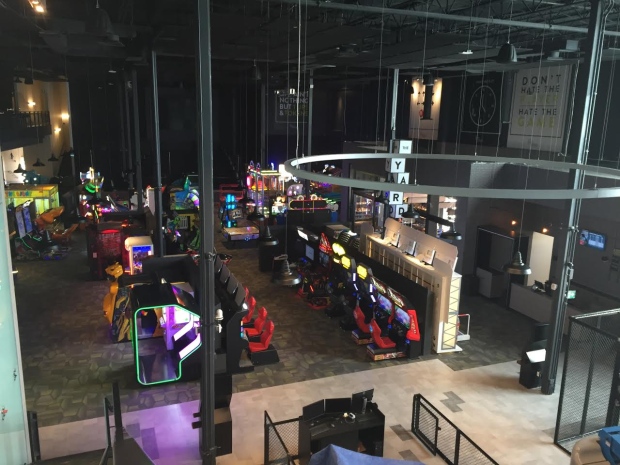 The Rec Room is designed with an industrial warehouse theme. (Rod Kurtz/CBC)

While the centre offers the ubiquitous billiards, air hockey and ping pong, feature attractions include a high-tech race car simulator, luxury bowling and axe throwing.
For sports fans, the complex has more than 120 digital big screens, including an enormous high-definition screen in the bar area that can be viewed from anywhere in the complex.
Restaurants include an upscale dining room serving Canadian-inspired food, a casual pizzeria, a poutinerie offering toppings like porchetta, smoked brisket, lobster and wild mushrooms, and a donut bar, while bars offer draught wines and local craft beers.
Cineplex plans to open about a dozen more Rec Room locations across the country, with locations in Toronto and Calgary set to open next year, Terry said.