Founded in 1971 as an 85-seat deli with six employees on Leslie Street in Toronto, the first Pickle Barrel restau¬rant’s value proposition captured people’s attention so much that there was a line down the block when it opened.

Today, Pickle Barrel—now run by several corporate partners and president Peter Higley (who started there as a busboy 14 years ago)— has 11 locations throughout Toronto and its suburbs, earning $80-plus million annually… no doubt due to its credo of providing customers “only the freshest, locally sourced ingredients” in addition to offering a “first-class premium casual dining environment”.

“Premium casual dining should be an experience,” said Higley. “We believe, just like our menu, a restaurant’s design is very important, from the marble stonework mosaics and fine fabrics to the ambient music and dazzling lighting schemes. In our external surveys, we always score more than 95% on our styling. The right lighting is just as important as which wood finishes or chairs you choose; it makes a statement right away when you walk [through] our doors.”

Facelift gets underway
Working with Ron Wong and the team at MacKay/Wong Interior Design in Toronto, Pickle Barrel’s 18,000-sf Yonge and Eglinton location was recently given a $4 million facelift.
“An important lesson is to stay organized and keep an eye on deadlines and deliveries, as they can sneak up fast,” said Jesse McGuire of Penn & McGuire Electric Ltd., the electrical contractor. “Project management is extremely important as a project of this scale requires your full attention.”

To “create drama and fill the restaurant with sparkle,” according to Wong, he and Higley selected several LBL Lighting products.

“The product was readily accessible,” said McGuire. “You do have to follow the installation methods for each fixture because if you miss any set screws or couplings, it could cause future problems.”

In the dining room, 150 round, minimalistic and transparent low-voltage Bling pendants hang within the layers of a suspended diamond-shaped, moulded ceiling sculpture to accentuate—but not compete with—the ceiling’s fine details. MacKay/ Wong purposefully hung the pendants in a random pattern to create a sparkle effect when viewed through the restaurant’s large, street-level windows.

Over many booths, line-voltage, silver Zuri pendants were selected for their glossy Italian glass with a crinkled metal appearance, which reflects light in varying directions while complementing the finish palette used throughout the restaurant. Higley and MacKay/Wong then added two more layers of light, choosing Rock Candy line-voltage pendants for their textured surface and dynamic colours plus Dimension low-voltage pendants in Clear—the latter made of a pure Swarovski Elements crystal illuminated by a halogen light.

“Most of the fixtures were 120V halogens controlled by the Lutron dimming system. The typical wattage throughout the restaurant is about a 35 watts,” noted McGuire.

In the private dining room, low-voltage Crystal Ball pendants with the fixtures’ bubbles-within-blown-glass design create a starlight effect when viewed from a distance. Up close, their amber light adds a warm glow to the room, creating an intimate dining setting.

To separate the bar from other areas of the restaurant, MacKay/ Wong and Higley again chose Rock Candy line-voltage pendants to signal a separated area for adults, and they clustered them from multi-port canopies near the entrance. To change the mood in the bar itself, a MonoRail track system with Apex Swivel track heads was placed over the front bar and adjacent seating area to blend in with the slatted wood ceiling above so as not to block guests’ sight lines to the TV screens.

The electrical crew size varied over the course of the work, said McGuire. “On average, it would be approximately 4 to 6 men. Since the timeline for the project was tight—being that it was three months from demo to opening—we decided to go with a flexible team to meet specific deadlines throughout the project. At certain points it was all hands on deck.”

The fresh food and upscale design formula seems to be working. Higley and Wong say Pickle Barrel’s design-forward spirit will be reflected in the new Pickering, Ont., location, due to open in 2015.

Penn & McGuire has worked on projects of this scale previously, said McGuire, adding that the Pickle Barrel job was “something that you can be proud to stand back and look at when it is all complete”. 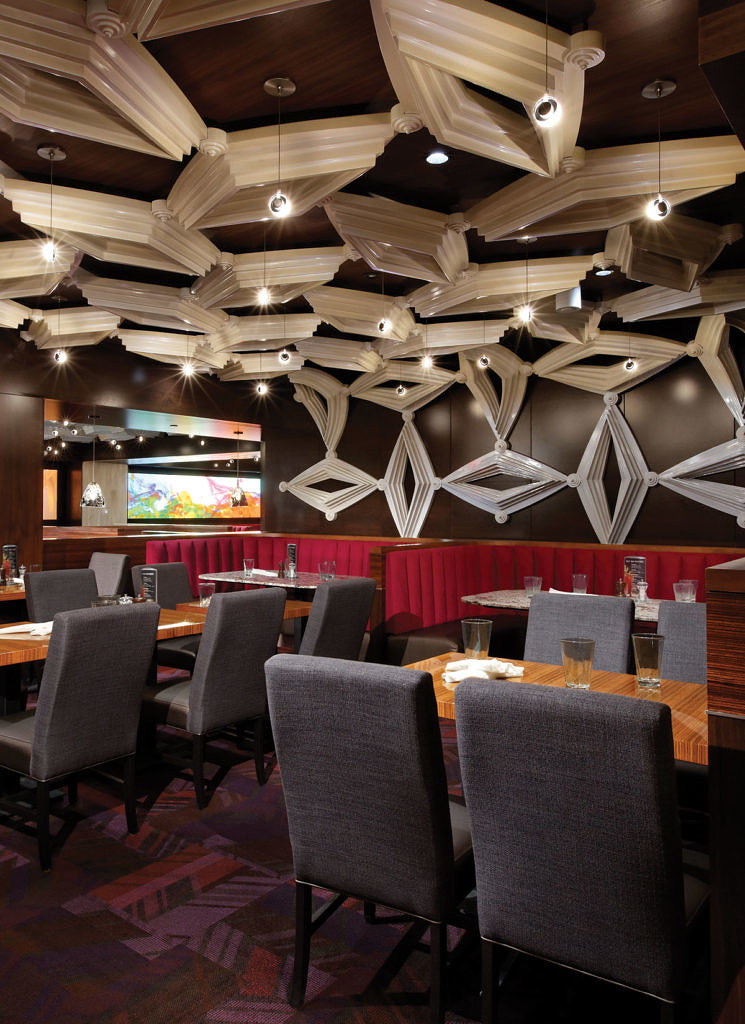 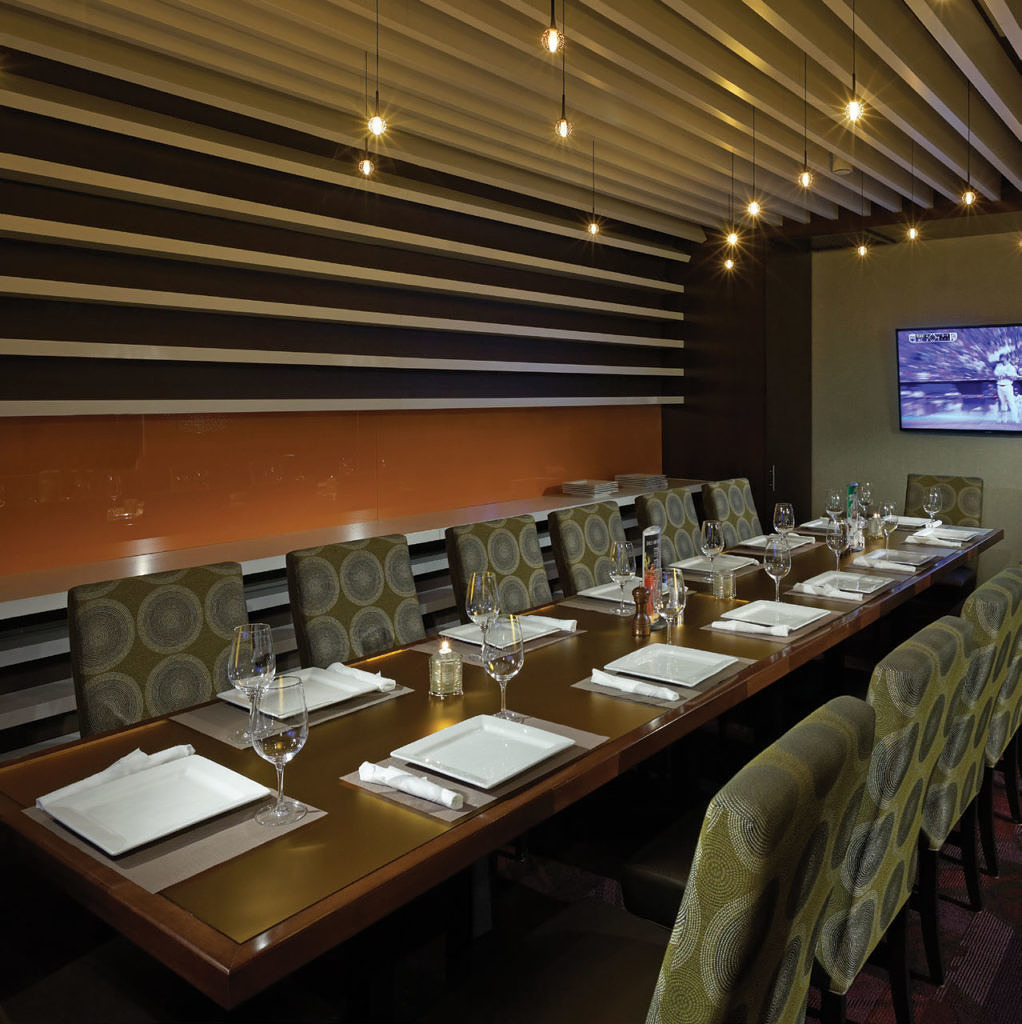 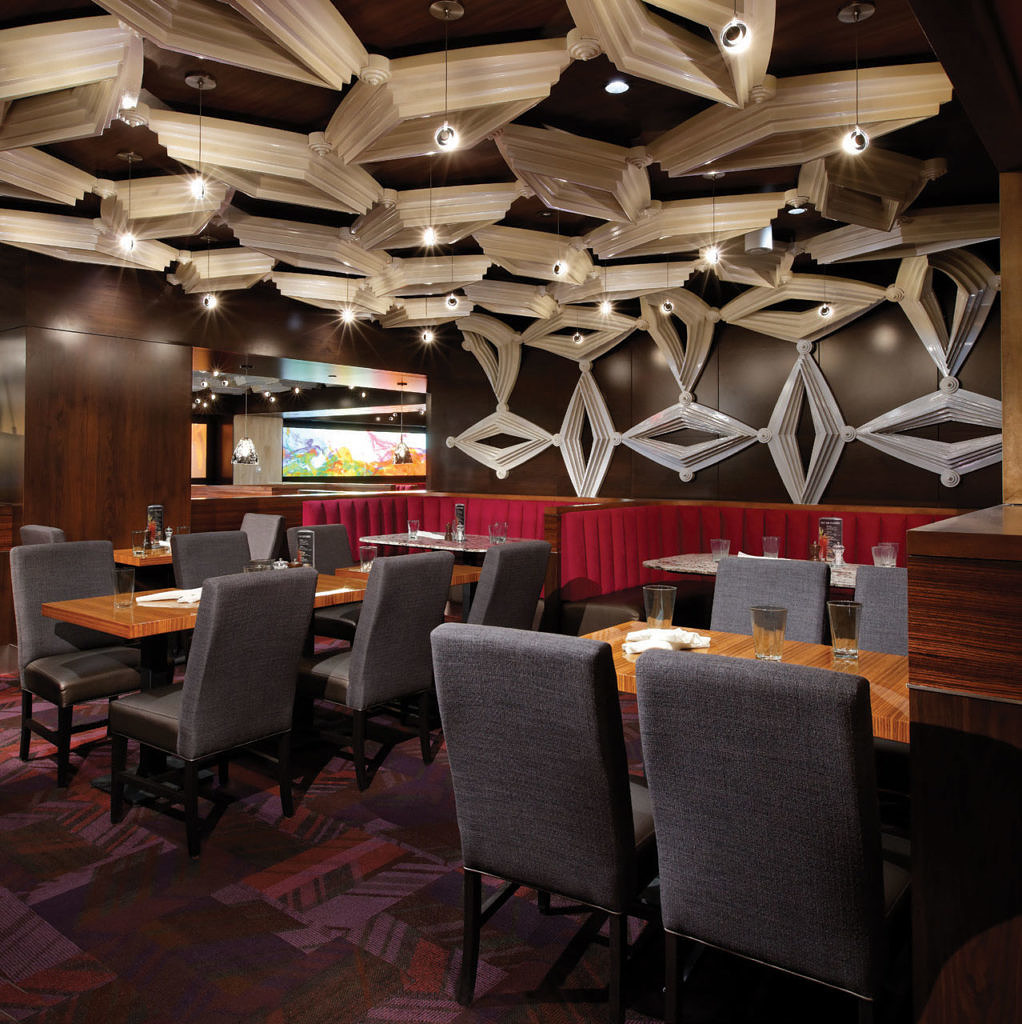